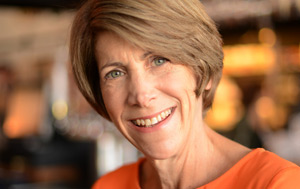 I like to serve this panna cotta parfait-style, in clear glasses, with the ruby-red fruit ...Read More

This moist, simple cake has a tender golden crumb and a subtle citrus flavor. I ...Read More

This fluffy mousse tastes like a luscious cheesecake without the crust, and it makes an ...Read More