Galettes are a French classic notable for being totally versatile in their filling, very easy to make, and a hearty snack alternative for extra hungry kids. 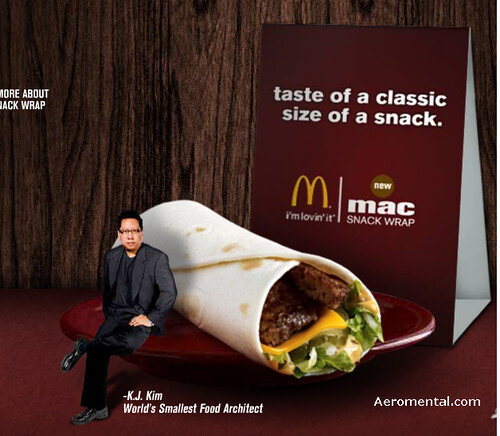 The new Mac Snack Wrap from McDonald’s is kind of disturbing. It’s virtually a meal, being marketed as a snack, packing 330 calories, 19 grams of fat, seven grams of saturated fat, and even a gram of trans fat. While you’re obviously not expecting nutritional value when driving through the golden arches, that’s a whole lot of fat for a “snack.”

Make at home, make it better

That said, sometimes the kids, especially the older ones, have a hunger bigger than an apple. Galettes, also known as buckwheat crepes, are famous in the western region of France, namely Brittany. They make a great, easy-to-prepare snack that oftentimes were taken into the fields by the farmers.

The list of fillings is endless — ham and cheese, salmon, chicken … you can get very creative with them. You can even make dessert galettes with fruits and jellies. Give the kids some options and let them pick the fillings. 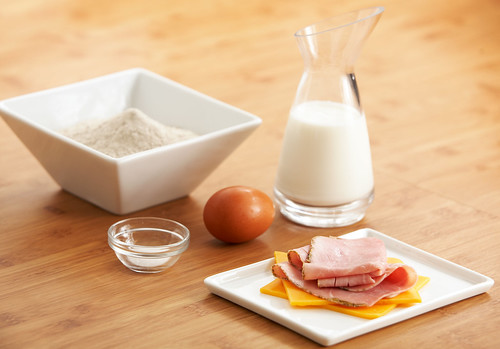 Use just one slice of cheese for healthier galette.

Buckwheat is dark in appearance and is a rich source of protein, fiber, and magnesium. It is also very filling. I’ve created today’s galettes recipe with cheese and ham, which add protein and calcium.

Delicate art of the fold 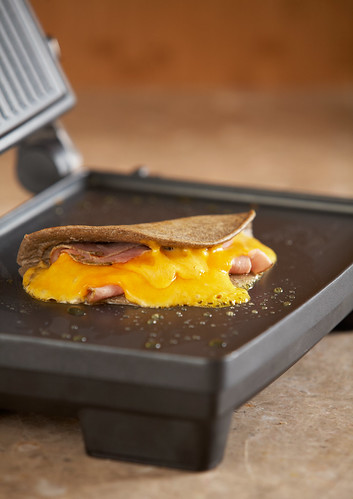 How you fold the galette is entirely up to you. Traditionally, French galettes have corners folded inward, leaving a “hole” in the center for easy filling identification.

However, this recipe was made on an indoor grill, so the galettes were folded in half like a soft taco. How you fold yours at home is entirely up to you.