Oh! How my heart sighs for my own native land,
Where potatoes, and squashes, and cucumbers grow;
Where cheer and good welcome are always at hand,
And custards, and pumpkin pies smoke in a row;
Where pudding the visage of hunger serenes,
And, what is far better, the pot of baked beans.
New England Farmer, 1829

Perhaps nowhere else in America is the tradition of “local and handmade is best” so strong and longstanding as in New England, whose landscape is famously dotted with family-owned apple barns, cheese cellars, breweries, wineries, and farms — many of them going back decades or centuries. We New Englanders appreciate the bounty of delicious craftsmanship that surrounds us.

It’s a good thing, too. We’re surrounded here by an abundance of good food and drink. Growing food in some of the country’s richest and longest-cultivated soil, farmers’ wares are on display weekly at markets on almost every town green and, increasingly, in every big city. (Markets total more than 800 region-wide.) The products of our beloved craft wineries, distilleries, and breweries get us through the long winter and seemingly endless spring. We’re never more than a day’s drive from the freshest Atlantic-caught seafood. And creative souls are putting their handmade twist on common foods, from marmalade to marshmallows to macaroni and cheese, starting companies or simply selling out of their homes.

“There is a plethora of innovative work going on across the country, but we’ve been doing it longer,” says Jeff Cole, a Sutton, MA, farmer and executive director of Mass Farmers’ Markets. “We are better positioned for local food in terms of our assets – land base, land utilization, road use, infrastructure, and our community perspective – which is a cultural affinity to not going very far from home to shop.”

Walking the lush, rolling meadows around Allandale Farm, you’d be forgiven for thinking you were in a remote part of Western Massachusetts. It’s quiet there. Overalls-clad men (with beards) carry bushels of bright red tomatoes from the field to a roadside shop. Locals pick their own produce, throwing in jars of local honey, a loaf of fresh-baked bread, or a pound of locally roasted coffee at the checkout.

This isn’t the Berkshires, it’s Brookline, and Allandale is so close to the Boston city limits that its manager goes ahead and bills it as “Boston’s last working farm.” Having tilled the same soils for more than 250 years, Allandale epitomizes, in many ways, the geographical advantage New England has in getting fresh food and drink to the tables of local residents.

“Being in Boston, in Brookline, how much closer to the market can you get without being on Boston Common?” says John Lee, Allandale’s general manager. “We are blessed with a great location and blessed with a market that appreciates local food.”

There’s a rich history of appreciation of local food in Boston, New England’s unofficial capital, due in large part to its geographical centrality to the region’s staples: seafood, meats, fruits and produce, maple products, and fresh milk and eggs, to name a few. Soon after colonists resettled in New England in the 1620s and 1630s, the first public food marketplace was set up in Boston. In 1742, Peter Faneuil built the nation’s first permanent market hall in the heart of the city, steps from the State House (now called the “Old State House”). Merchants from all over the region unloaded products like fish and produce and bread into the long market hall, while other producers sold their wares from the horse-drawn carts outside.

Today, Boston’s food landscape is quickly becoming as core to the city’s identity as the Red Sox and dropped R’s.

Many of Beantown’s top restaurants proudly source their ingredients from regional farms. The number of farmers markets in Boston’s neighborhoods has more than doubled over the last decade, many of them accepting Supplemental Nutrition Assistance Program benefits (formerly food stamps) to make fresh, local food more financially accessible to more Bostonians than ever. And a growing number of Boston’s young, upwardly mobile residents seek out local and artisanal over cheap and mass-produced, using Boston-centric food blogs and magazines as roadmaps to food that matches their values. John Lee of Allandale Farm couldn’t be happier about Boston’s reputation as increasingly fertile ground for local food producers.

If Boston is New England’s local foods exemplar among big cities, then among the region’s six states, Vermont takes the (organic, gluten-free) cake.

Each year, Strolling of the Heifers, an organization committed to supporting local, sustainable food systems, ranks the U.S. states and the District of Columbia by how friendly they are to locavore principles. With nearly 17 CSAs, food hubs or farmers markets per 100,000 residents, Vermont is tops in the nation with twice the farm-direct opportunities per resident as Maine, which finished second.

Vermonter and environmental journalist Bill McKibben, who ate only local food for a year in researching his 2007 book, Deep Economy, says local food works in the Green Mountain state because “Vermont is of a size where local is easy to experience.” Vermont’s more rugged terrain and short growing season force residents to go a shorter distance to get their food. And the state’s population in 2012 was 626,000, roughly the same as Boston’s.

Scale appears to benefit the other five New England states as well, all of which broke Strolling the Heifers’ top-15 for local food friendliness. (By contrast, Texas, the nation’s largest in land mass, finished last.)

But even in superior New England, Vermont is in a league of its own. Farm-to-table principles are written into the state’s laws, for instance. The 2009 “Farm to Plate Investment Program” commissioned the Vermont Sustainable Jobs Fund to create a 10-year “Farm to Plate Strategic Plan” to bolster local food production across the state and create jobs. State projections showed the plan to double local food production by 2020 should work – and create work: every 5 percent increase in the consumption of locally produced food should result in at least $197 million in additional annual output and 1,700 new jobs.

Small producers in Vermont have the ability to market and distribute their products through the state’s 12 “food hubs.” Food hubs are large, centralized spaces where a number of producers – making everything from veggie burgers to cookies – share resources to process, market, and distribute local foods. Some food hubs specialize in food businesses of a certain kind, like Waitsfield’s Mad River Food Hub, which works with 14 meat and fish producers.

With Vermont leading the way, McKibben believes we may be witnessing a nationwide consumer revolt against a system in which food travels an average of 1,500 miles to their plates.

“I think the global food experiment was a one-time binge unlike anything in human history,” he says, “and we’ll remember it the way that the middle-aged look back on teenage drinking sprees – with a certain kind of fondness but no real wish to repeat. People are remembering that they kind of want food to taste like something.”

Anecdotally, we know this is true in New England, where we need not go too far to find food that “tastes like something” – from crunchy cucumbers to sumptuous pies to “pots of baked beans.” Here, we’ve been on a journey of rediscovering a simple human truth the industrial food companies wish we’d forget: food tastes better when made for us by a neighbor. 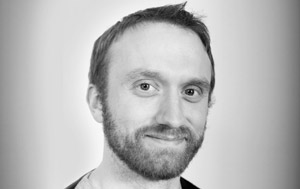