No More Column A and Column B

No More Column A and Column B

Asian food is as American as apple pie. Through its many iterations, and beginning about 200 years ago, the cuisines of China, Japan, Thailand, Korea, Vietnam, and India have made significant inroads.

These days we are at the point where you can go to your local supermarket and pick up good spring rolls, sushi, pad thai, spicy soups, and pakora. That’s a long journey from Asia’s introduction to the U.S. diet in the days of virtual slavery when the Chinese built the railroads and then moved to cities to open up restaurants that became Chinatowns.

If you grew up in a U.S. city of 50,000 or more, take out Chinese or a Sunday dinner at your local Chinese restaurant was often your first experience of tastes that you would not find in your Caucasian, Hispanic, African American, or Native American home. As kids we would be handed six page menus and told we could order, “Two from Column A and Two from Column B,” and that might include exotic dishes like hot and sour soup, egg rolls, salty and fried pork, noodles with minced chicken, and something called moo goo gai pan. Free tea! Free white rice! It was all delicious, plentiful, and cheap. Dinner out or in for a family of four rarely went over thirty dollars.

After the Chinese came the Koreans, the Thai, and then the Vietnamese. Wars had everything to do with these cuisines showing up in U.S. cities and, once again, the emphasis was on plentiful and inexpensive food.

The most recent Asian cuisine to establish a huge presence in the U.S. is Indian, which in most restaurants is a delicious hodgepodge of spicy, heavy sauced chicken and lamb, fried vegetables, and Basmati rice often served all-you-can-eat buffet style at budget prices.

Part of the challenge of Asian restaurants to take it to the next level in dining has still to do with that early experience of many people in the United States who associate the food with big quantities and low pricing. Ruth Reichl wrote about that dilemma some years ago in The New York Times, and I weighed in with her on the near impossibility of ever seeing a Chinese restaurant regarded with as much awe as a top French or Japanese establishment. There is still not a single Chinese, Vietnamese, Indian, Korean, or Thai restaurant in the United States that commands the top ratings or prices of counterparts from Western countries.

The one Asian cuisine to have succeeded in providing a high-end experience, in every sense, is Japanese. Interestingly, Reichl pointed out that many such restaurants are Japanese in name only, and are owned by Chinese or Koreans who recognize that the cuisine has cache among consumers.

It took a long time, however, for North Americans to get excited about foods from Japan. Rocky Aoki, a Japanese wrestler, was the first to popularize a version of teppanyaki or grilling so that diners could watch and be dazzled by the showmanship of cooking. The atmosphere he created was fun, lively, and rich with cultural undertones that although somewhat faux were real enough to provide folks with an experience that was linked to Japan; namely, sitting at a counter and seeing the chef cook! Outside of diners (and even there the chef has his or her back to customers), that was new.

From Rocky, it took almost a decade before sushi caught on and even then the idea of eating raw fish stayed icky for many. Sushi is so utterly different from the cuisines of most of the West (other than crudo or ceviche) that it took lots of effort by restaurateurs to encourage people to try it. What really helped were articles by nutritionists and doctors pointing to the healthy effects of eating fish, the link to weight maintenance with eating protein, and the sheer excitement of eating new things that shook up the old palate.

It took time, but eventually enjoying sushi became associated with being a cool, adventurous eater. People who still don’t know the difference between varieties of potatoes can glowingly tell us what makes hamachi different from kampachi.

Soon Nobu opened up: A first-rate Japanese style restaurant run by Drew Nieporent that demystified the cuisine. Then Masa: The only Michelin three-star Japanese restaurant in the United States. As chefs and foodistas became more passionate about Japanese food, the full array of the cuisine reached these shores. Now it’s not just sushi, but yakitori, ramen, izakaya (pub) food, soba, and tempura. It’s a gastronomy that focuses on extreme seasonality, precision achieved by amazing knife skills, and, most of all, the power of ingredients.

Which brings us up to the present day.

The latest stage in Asian cuisine is its integration into western gastronomy. Chefs realized that the ingredients from Japan, and their use in classic dishes, added enormous depth of flavor.

Joel Robuchon was among the first to understand the importance of Japan in his cooking. He has his crockery made in Niigata, a prefecture in the northwest on the sea of Japan, and his style of service owes a lot to the classic kaiseki or multiple course approach of elite Japanese restaurants. Robuchon was followed by Chefs Alfred Portale, Tim Cushman, Tyson Cole, and David Myers, among others, who seek a synthesis of East and West.

“I use a lot of products from Japan,” said Chef Myers, who owns restaurants in both Los Angeles and Tokyo. “Like yuzu, sudachi, and kaboshu. I also love hinoki, produced in sheets, that I use to smoke meat or fish lightly.”

Myers notes that Japanese ingredients, “take the food to a whole new level,” and explains that what he means is that, “there is a new dimension of flavor and an acid component that are original.”

Increasingly, non-Asian chefs all across the United States in high-end restaurants are going beyond the farm to table and “buy local” slogans that are claustrophobic and culinarily irrelevant in a global economy. The cuisines of Asia offer a way to open the mind and palate and develop an integration of taste that transcends borders.

And it does not have to be just high end: At Pastoral, a new pizzeria/restaurant in Boston’s Fort Point Channel, Chef Todd Winer is selling pizza with bonita flakes as a topping. Winer had lived in Tokyo some years ago for a month when he went to help open an outpost of Chef Todd English’s restaurant empire.

And beyond our borders: Rene Redzepi, chef-owner of NOMA, once again awarded the top spot in The World’s 50 Best Restaurants, announced in March, 2014 that he was moving his restaurant to Tokyo for two months to inculcate Japanese gastronomy into his cuisine. That move will be deeply influential.

That transcendence of nationality is the most wonderful and ironic aspect of Asia’s dramatic development in the best restaurants in the United States. Whether it is one of the five basic flavors — sour, sweet, bitter, spicy, salty — or the sixth flavor — umami (discovered by a Japanese scientist, Kikunae Ikeda, in 1908) — when East meets West on the plate, we realize that the only borders are in our minds.

We don’t have to choose from one column or the other. When we eat delicious food, prepared through a combination of Western and Eastern techniques and ingredients, it is one world, one menu. 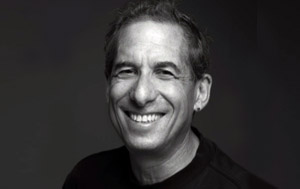 Scott Haas is a clinical psychologist, James Beard award winner for radio journalism, and author of Back of the House: The Secret Life of a Restaurant.