Put two chefs and two musicians at the table together, and the conversation inevitably veers toward where, what, and how they love to eat. Here, the crew hashes out Nashville’s hot new dining scene.

Over a recent dinner at Nashville’s City House, chefs Josh Habiger (Pinewood Social) and Lisa Donovan (pastry chef at Husk Nashville) swapped thoughts on Nashville’s hottest restaurants with musicians Cory Chisel and Adriel Denae (Cory Chisel and the Wandering Sons). City House itself, one of the first restaurants to spark Nashville’s new dining scene when it opened in 2007, still draws crowds in Germantown. It tops Josh’s list of regular haunts, who said the weekly Sunday Supper is his favorite time to go. “I always end up ordering way too much, then [chef Tandy Wilson] sends out something that puts me over the top” he says. Just then, a server swings by and takes the group’s order for about a dozen small plates from the ever-changing menu. Lisa, who worked as the City House’s opening pastry chef, says she’s still a regular visitor, too. Even the basic dishes Tandy creates, she says, are pure magic. “It’s like, here’s a broccoli salad. It’s going to make you cry,” she laughs.

After tucking into a bologna biscuit, a plate of well-sized meatballs, and homemade sausage with rapini, the group gets back to the discussion at hand. “I bump into you at Rolf and Daughters sometimes,” Cory says to Josh, referring to the other Germantown hangout which has become known for putting out impeccable, handmade pastas as well as rustic yet flavor-packing small plates. Husk, where Lisa is the pastry chef now, is another group favorite that’s put an even brighter spotlight on this city’s food scene — a point that Josh says has been met with open arms. “When we saw that Sean [Brock] was coming up a lot, we were like, ‘Cool! Sean’s opening a restaurant here.’ And Husk is so good,” he says.

The Catbird Seat, which Josh opened with chef Erik Anderson, is now overseen by chef Trevor Moran and still putting out an amazing array of foraged food. But, Cory admits that Pinewood Social, the more casual, all-day hang where Josh now spends his time, is stellar because of all that it offers: bowling, an outstanding cocktail bar, a coffee shop, and updated Americana fare. “It’s just such a cool concept,” Cory adds. 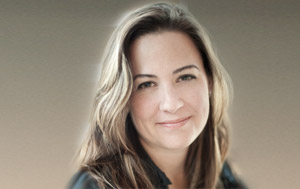