Get your crockpots and slow cookers out! We’re heading to that famous bastion of chili fever — Ohio. 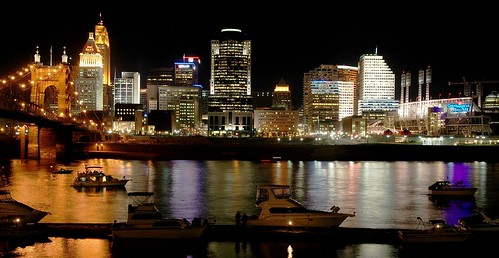 The Cincinnati skyline. Photo by Stigs

You were probably thinking Texas

We wouldn’t blame you. Texas-style chili is much more prevalent in Mexican restaurants across the United States. Cincinnati-style, on the other hand, hasn’t had as much luck on menus outside of the Queen City.

Unlike southwestern American chilis that use base spices such as chiles, cumin, and oregano, Cincinnati chili usually starts with such oddities as cinnamon, chocolate, and cloves.

It was actually a Greek immigrant in Cincinnati whose Greek food stand was failing who made the regional chili what it is today. He took a common Greek slow cook stew, kept the Mediterranean base flavors of cinnamon and cloves, then added ground beef and chili spices. 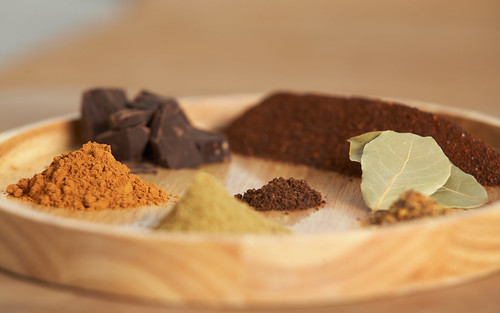 He also made it unique by serving it in different “ways.” Go into any Cincinnati chili parlor and you have lots of options on how to have that chili served: 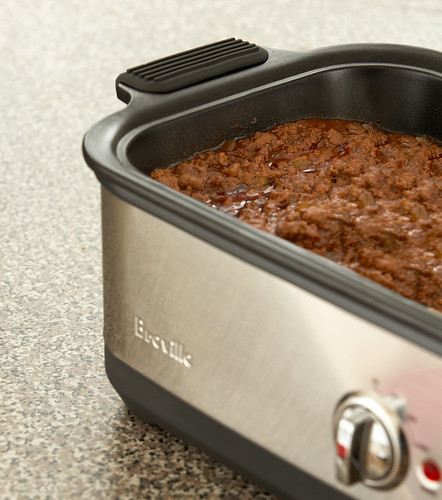 Since Cincinnati chilis grew from a stew recipe, they are best cooked slowly in a slow cooker or crock pot. This ensures that the meats don’t get tough and the spices have a chance to penetrate them.

The result is a flavorful blending of spicy, salty, and sweet flavorings that can be served in a multitude of ways.

Heavy on flavor, not heat

Another characteristic of a good Cincinnati chili is that it isn’t defined by the overpowering chili peppers or jalapenos that usually result in a high “heat” factor — a mark of machismo among Texas chili purists — that kids tend not to appreciate.

This chili recipe, if followed exactly, goes easy on the heat, but is still well suited to a few more alarms by adding hot sauce as desired. If nothing else, Cincinnati chili is all about options.