Chefs, late night, and their crush on dim sum

It’s midnight in Boston’s Chinatown; a heavy, late-spring mist has been steadily blanketing the city all evening, and the streets are empty except for a few giggling clusters of people on their way to the next bar. The only light comes from bare bulbs strung up on some scaffolding and a warm glow from a few bustling restaurants.

Somewhere in this maze of run-down apartment buildings, hole-in-the-wall eateries, and comforting grunge, seven chefs have come together in an attempt to nail down exactly what fuels their fervent love affair with the cuisine of this handful of blocks. And, of course, to chow down like a group of hungry maniacs.

After a couple of rounds and a ceremonial shot of Fernet Branca, the group (a mischievous bunch that includes Jamie Bissonnette of Toro and Coppa, Tracy Chang of Guchi’s Midnight Ramen, Louis DiBiccari of Tavern Road, Seth Yaffe from The Gallows, Puritan & Co.’s Will Gilson, Michael Scelfo of Alden & Harlow, and Matt Jennings of Providence’s Farmstead, Inc.) heads around the corner to industry standby Peach Farm, where we are seated at a round table in the middle of the dining room. DiBiccari holds up a towering stack of napkins that’s been left in the middle of the table.

How did they pick us out as the people here who were going to make a giant mess tonight?” he asks. Someone laughs and says, “Wouldn’t you? I definitely would.

After bottles of Tsing Tao appear, Chang starts pouring tea while Bissonnette (the seasoned Chinatown vet with a major soft spot for chicken feet) immediately begins ordering for the table. With every choice he rattles off, be it clams in black bean sauce, spicy soft-shell crab, or frog with garlic, everyone nods in approval.

The appeal of the Chinatown smorgasbord is, first and foremost, that it’s available at an hour in Boston when almost nothing else is. Most places in Chinatown are open until 4 a.m. — giving chefs and industry vets a place to unwind after work. The fact that it’s Chinese food, something they can’t ever get enough of, is a very close second.

“It’s everything we as cooks like: it’s salty, has big flavor, and lots of different textures,” Jennings says, as Bissonnette continues to rattle off menu items in the background. “You come here and you’re going to get offal, great seafood, and a little bit of off-the-wall stuff. It’s all things we like to eat in general, and probably what a lot of us would like to cook but can’t always get away with.”

This elicits nods of agreement, which is surprising, considering it’s seven of the most adventurous culinary minds of New England — with fans who would eat anything they were served — doing the nodding.

“It’s also the opposite of what you’re around every day,” Yaffe adds. “If you’re cooking pasta, or French cuisine, or New American, or farm-to-table whatever, you’re picking off the cold station all day long. It’s refreshing to be around something completely different than how you spent your day, texture- and flavor-wise.”

Dim sum, like most culinary traditions, is rooted in travelers seeking rest on trade routes. You could stop in, enjoy yum cha, or a tea tasting at its very basic level, and continue on your way. Over the centuries, yum cha morphed from a quiet ceremony of repose into the rambunctious dining experience that is dim sum — one of the best parts about it, according to the chefs at our table.

“Good dim sum is flavorful, juicy, hot, technical, and above all, full of texture,” Chang tells me later. “For chefs, contrast is the key to evading palate fatigue. And when you eat dim sum it should be audible. Slurping is a nod to the chef.”

There’s certainly no shortage of slurping and crunching and clanging at our table. A busser standing in the corner of the room nods in approval as the table tears into the dishes.

“It’s super carnal,” Gilson says. “It’s a big pile of things that you’re all just going to dig into because you’re hungry and you know it’ll be delicious. There are very few things that we get here that I end up regretting. Intestine, jellyfish, whatever it is, I know it’s going to rock.”

“It’s the definition of soul food,” Scelfo says from across the table. “There’s no pretension to it. You just break bread, and dive in. It’s all amazing because they’re cooking it with heart.”

“I will say, though, when you do dim sum at night after you’ve been drinking, instead of first thing in the morning, your tendency to think that the person in the kitchen is an Iron Chef is far greater,” Gilson says. “You’re like, ‘What the fuck did he use in this? Garlic and pepper?? That man is a goddamn genius!’”

“Right, and sometimes it is genius,” Bissonnette says, digging into a dish of sea conch. “The difference between Japanese and Chinese food, in that respect, is that Japanese food will be technically perfect, and it’s always the simplest things. Chinese food will blow your mouth out of the water every time.”

“Chinese food has some of the simplest and some of the most complex dishes and flavors. It’s the dichotomy that makes it stand out,” Chang says. “Take, for instance, the preparation of green vegetables like pea pod stems, napa cabbage, bok choy and Chinese water spinach. In a Chinese restaurant, when asked how you’d like the veggie prepared, you’re given options of stir-fried with or without garlic and occasionally with or without dried baby shrimp. That’s it.

“On the other end of the spectrum, dishes like Taiwanese beef noodle soup require a touch more expertise and concentration. The chef’s background comes into play — the secret family recipe, where you happen to be in the world, the spices, the cut of meat, the cooking vessel — and results vary wildly.”

Yaffe’s fascination with Chinatown began at a young age; it was the only place his Jewish parents would take him out to eat. “[My sister and I] were disasters,” he says. “They never took us out where they might know someone. That meant Chinatown, where we could tear the restaurant apart and no one would mind.”

Ironically, the “Chinatown-as-last-resort” mindset spawned Yaffe’s love for the neighborhood.

“I’ve always loved that you could bring someone here who’s six years old or 82 years old. I’ve taken kids here to have their first head-on shrimp,” he says, plucking up one such thumb-sized shrimp with his chopsticks as an example. “And they love it. I feel like culinary Chinatown is this scary area for so many people, this city within a city that’s completely unknown to your daily life, and they’re just missing out.”

The rest agree that it’s a certain sense of casual freedom that the masses are missing out on — where the waiters might silently ridicule you later for using your chopsticks wrong, but is essentially a judgment-free zone. Chinatown is full of people eating joyously with wild abandon and talking with their mouths full. It’s thrilling to shed some uptight dining niceties now and then.

“And yet,” Jennings says, looking up at the waiter standing over him, “For them, this is the equivalent of us going to an old-school steakhouse. I mean, look at him! Bow tie, the whole deal. He takes it very seriously.”

“Very sharp!” Gilson chirps approvingly. The waiter keeps doling out soup, each ladle a perfect serving, oblivious to the fact that a whole table of chefs is now staring up at him thoughtfully.

“It’s an event when they come here. I like that,” Jennings continues.

“I like this soup more than I like anyone in my family,” Bissonnette cracks. He passes around the scalding hot bowls, and casually asks the server for white pepper.

“Check out this Wasian over here,” Chang says, laughing. “We have several here if you haven’t noticed.” She gestures to Yaffe, who’s already grinning. “A Jasian! Welcome. ”

Chang, who is Taiwanese-American, honed her professional cooking chops at Martín Berasategui in San Sebastián and Boston’s O Ya, but developed an intimate understanding of Chinese food in its many incarnations around her childhood dinner table. Since both of her parents worked full-time, Chang and her two older brothers always found themselves under the watchful eye of a Chinese nanny. “One nanny was from the North and taught me how to make scallion pancakes, mantou bread, and dumplings before I could see above the kitchen counter,” she says.

The Mandarin translation of dim sum (which is Cantonese), as Chang grew up knowing it, is dian xin. Dian means a little bit. Xin means heart. “So when you go out to eat dim sum or dian xin, you are having a little bit of this and a little bit of that, to please your heart,” she says.

When it comes to what “good dim sum” even means, Chang explains that it’s a myriad of factors, but usually comes down to technique. The perfect xiao long bao (soup dumpling), for example, does not break easily, allowing for the success of the nibble-slurp-devour technique. If it dissolves away too quickly, she says, then you have an example of shoddy dough-making, a hallmark of bad dim sum. The renowned Taiwanese Xiaolongbao chain, Din Tai Fung, on the other hand, requires that its soup dumplings have 18 folds each. Plus, the skin and meat of each dumpling are weighed to the exact gram.

“It should be steaming hot, plump with juice, and the skin and meat should have a toothsome bite, which we Taiwanese like to call ‘QQ’,” she says. “It’s a term used for describing anything texturally delicious, from noodles to dumpling skin to cartilage. Braised chicken feet? QQ cartilage and skin. Spare ribs? QQ cartilage. Soup dumpling? QQ skin, QQ meat.”

It doesn’t take long for the communal aspect to come into the equation as something that satisfies on both a social and sensory level.

“Lazy Susans!” Chang says. “As you can imagine, plating and presentation are based on sharing, which is why you get large platters with colorful, dynamic food.”

Wasian, Jasian, or just plain Asian, the chaos, ceremony, and dedication to old-world recipes and techniques is something they all feel a strong affinity for.

“I think a lot of us are locked into the whole model of sending food out in courses,” Jennings posits. “That’s what people seem to want in this country. They want their appetizers to themselves, the entr 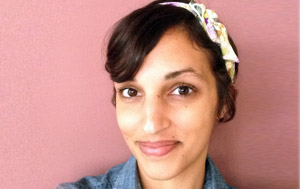 Cassandra Landry was most recently the food editor of The Boston Phoenix magazine, specializing in chef profiles, industry trend pieces, and the high art of taking coherent notes while deep in a food coma. Her work has appeared in The Boston Phoenix, The Improper Bostonian, Metro Boston, Boston Magazine, Modern Farmer, and Drink Me Magazine.